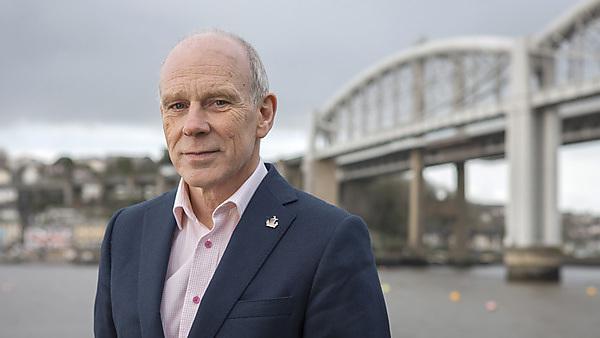 "Engineering underpins the very fabric of our country and economy, from our roads and bridges to our buildings and utilities. And yet, in this country, we haven’t valued engineering anywhere near highly enough."

It is a dichotomy that occupies the thoughts of Stephen Ball, the very recently-retired CEO of Lockheed Martin UK. From his vantage point, he has been able to view first-hand the growing deficit in terms of the number of engineers required by the country in order to support its growth targets and the actual figure being produced. It’s a situation exacerbated by a lack of diversity and too few entering from non-academic routes. So, if the pipeline of talent has become ‘choked’, how do we prevent the economy from wheezing and misfiring as a result?

One answer might be pioneered by the Tamar Engineering Project, a new programme conceived by the University’s Development Office, and championed by Stephen. It seeks to provide financial support and mentoring opportunities for those students who come from disadvantaged backgrounds, and Stephen is leading from the front, personally mentoring a third year engineering student, Ajen Limbu, through weekly phone calls and emails.

“I’m finding mentoring Ajen to be hugely rewarding, and it’s transformative to see him building his confidence, tackling issues and being successful,” Stephen says. “For example, he reached out to me shortly after he began his placement because he needed to talk about something, and then he emailed me a few days later to say he’d sorted it out and it was going much better. Ajen is doing wonderfully well, and he has that passion that engineers need to succeed.”

He’s really helped me focus upon communication, touching upon neurolinguistic programming, and adopting a positive frame of mind. It’s given me a great deal of confidence. 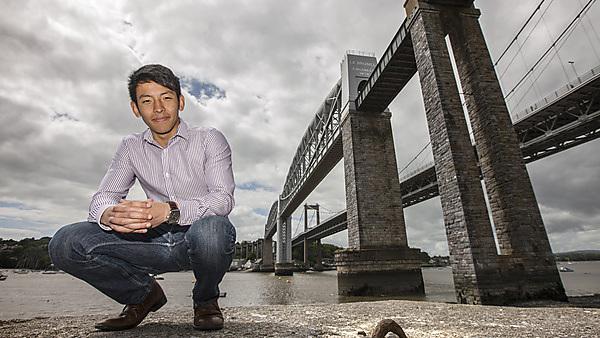 Stephen’s own passion was rooted in his upbringing in Cornwall, where his dad was an engineer for Cable & Wireless, and his mother an artist. Racing cars and rockets fired his imagination and led him to enrol at Plymouth Polytechnic in 1973.

He says: “When I arrived it was a large version of a technical college, really nothing like the university as it is today. I think it had one computer, and you used to have to fill out a form, which would be manually processed onto punch cards. You would then put the cards into the computer and they’d run it overnight and you’d wait to see if it had worked or not.

“I graduated in 1976 and it was just at that point that scientific electronic calculators were becoming available. Within three to four years nobody was using a slide rule anymore and you could do it all on a calculator. So it heralded a massive change in processing power.”

It was the award of an Honorary Doctorate of Science that reconnected Stephen to the University in 2013, and he took the opportunity to look around the Smeaton and Brunel buildings to see how things had changed – or otherwise.

“It was strange because there were some things that were so different, and others where it was like I’d just been home for the weekend,” he says. “I walked into the materials science lab in the Brunel Building and suddenly I was back there in my degree. And as we walked around, it was clear that the fundamentals of engineering being taught there were still the same. Those fundamentals don’t change, and to see the students building their bridges in that first week was very exciting. It was great to see how things had moved on in such a positive way.”

In January, Stephen also had an opportunity to see how the University was helping to support both Marine Academy Plymouth and University Technical College Plymouth. A firm believer in encouraging multiple routes into engineering, and not just through higher education, he was particularly struck by the standard of teaching at UTC Plymouth.

“It was clear that these people were engineering practitioners who had an understanding of the challenges of industry,” Stephen says. “The quality of their education is going to be more relevant, and that is supported by the academic side, which is tailored toward specific applications, such as writing for business.” 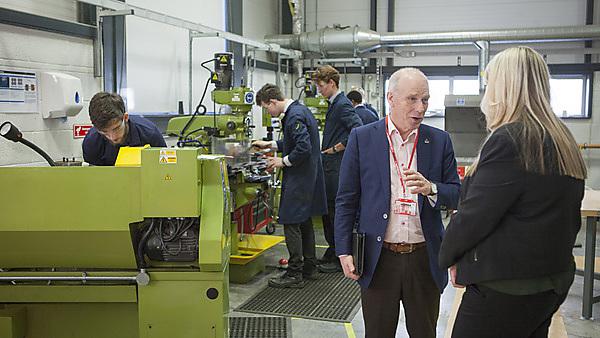 Acting as a Special Advisor to Lockheed, having retired from his CEO position in December, Stephen has pledged to meet with his contacts in industry to generate further support for the Tamar Engineering Project, and that includes senior figures in the Office for Fair Access.

“I hope it can become a national benchmark, and a differentiator for Plymouth,” adds Stephen. “It aligns with government objectives and the needs of industry, and it provides the University with an opportunity to be at the cutting edge of developing something that could make a profound difference.”