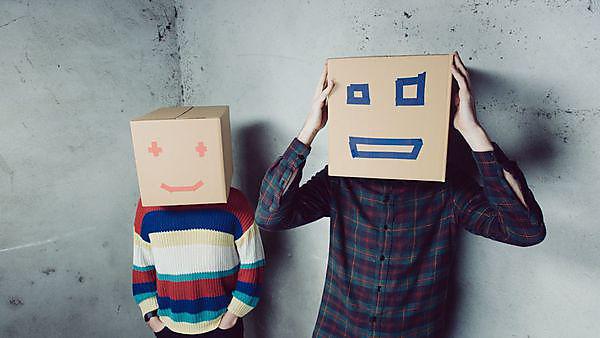 Graduate start up business Another Robot was launched in 2012 by BA (Hons) Media Arts graduates Jacob Roberts and Adam Howard.

The glass of water ripples with vibration and a large eye presses up against the car window, the retina shrinking as torchlight is shone into it. It’s clear that we’re in Jurassic Park territory here – but there’s a comic twist. The camera pans back to reveal that the owner of the eye is a large and familiar balloon animal, before the video closes with a tagline, “They’re Coming”.

The animation is a teaser that has supported the University’s 2016 National Student Survey campaign, one of four based around an iconic scene from cinema and featuring the balloon branding created last year. And it’s indicative of the playful and imaginative work of graduate start-up business – and the video’s creator – Another Robot.

“We try to have some fun with what we do,” says Jacob Roberts, who launched Another Robot in 2012 with friend and fellow BA (Hons) Media Arts graduate Adam Howard. “I think there is a light-hearted element to a lot of our work.”

Their portfolio is growing steadily, and with it, their renown. With video and animation supporting social media campaigns for the likes of Vodafone, The Sunday Times, and giffgaff, their reputation has reached the creative heartland of London. Not bad, considering their commitment to remain rooted in the South West.

“The location is important to us – we like living here,” says Adam, who, like Jacob, grew up in Somerset. “And we’re in an industry where we can work through agencies, who will submit pitches to clients, and where all of our contact can be done digitally.”

The possibility of going into business was something the pair had discussed during their degree – but it was only when they reunited for graduation in 2011 that they set themselves an ultimatum: find something interesting to do by Christmas, or move back to Plymouth and set up a business.

“I didn’t even wait that long,” says Jacob, 26. “I applied for and got a part-time job at the University working in the media library, and the rest of the time was spent working with Adam to get the business up and running.”

Their first paid job came via a flatmate, who introduced them to a local band that needed someone to produce one of their videos. It was the start of a steep learning curve.

“Thinking back to that first job, we were running around in circles making sure we did not put a foot wrong,” says Jacob.

“And we definitely had a tendency to be ‘yes men’ in those early days,” adds Adam, 27. “You want the work so you end up agreeing even if you know inside that it’s not the right thing to do. Over time, however, you develop the confidence and the experience to stand your ground.”

With low overheads – the pair worked from home and already had most of the equipment they needed – they were able to reinvest the revenue from their early jobs back into the business. And in 2014, they moved into Urban Splash accommodation at Royal William Yard, where they share a building with other businesses with strong connections to the University, including creative agency Knowledge, and videogame designers Mutant Labs. 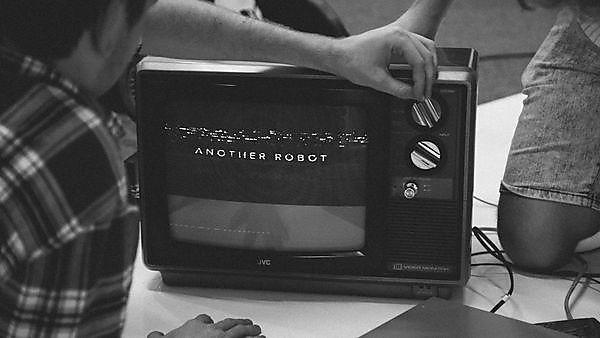 One of those highs came in early 2015 when Another Robot was approached by a London agency that wanted to put the company forward for a contract to create a series of vines for a social media campaign promoting Microsoft Office. They duly won it.

“We realised at that point that we could pitch for and win big client work,” says Jacob. “And we stopped going for everything and began to be a little more selective in the work we do.”

That includes coming back to the University and working on the teasers for the NSS, which were shown across the campus to raise awareness among students that the survey period was open.

“We really enjoy the creative side of things and pitch for jobs that enable us to input into the concept behind the animation,” says Jacob. “And hopefully we can push on this year, continue to secure big client work, and maybe move into creating content for bigger screens.”

That includes coming back to the University and working on the teasers for the NSS, which were shown across the campus to raise awareness among students that the survey period was open.