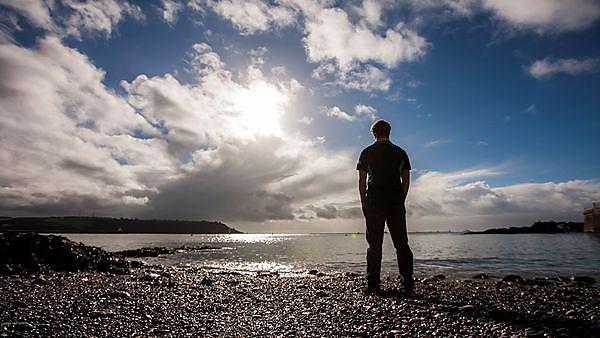 What possesses someone to swim the Channel? 21 miles – if you’re lucky – across one of the busiest shipping lanes in Europe, with jellyfish for company… and that’s before you consider the training programme. 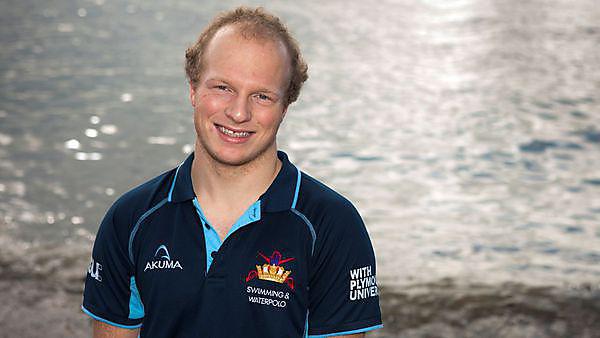 “I thought I needed a new challenge,” answers André Roberts, 21, a third year BSc (Hons) Chemistry student, who at the end of last year added his name to the roll of honour of those who’ve conquered ‘La Manche’. “I started planning the swim more than two years ago, and I guess I didn’t fully realise what I was taking on!”

André only took up swimming at the age of 17, through triathlons, but having enrolled at Plymouth, he joined various clubs in the city. And it was through friends made in the pool that he became inspired to undertake the crossing, and found himself putting down a £1,000 deposit to secure his place a full two years before the event.

“It sounds bizarre that you have to do it that far in advance, but there are only two associations that regulate crossings, and they have limited slots,” he says.

Swimming every evening, and three mornings a week, in the Plymouth Life Centre, André began to build up his stamina, averaging around 40km per week. In the summer he would also swim at Cawsand, all balanced against a packed 25-hour week on his degree.

“I did find it quite difficult,” André admits. “It’s a heavy workload, so between studying and swimming, there was no time for any socialising.”

In June 2014, André achieved his first six-hour swim after competing in the British Long Distance Swimming Association’s ‘Champion of Champions’ event in Dover, and then, two months later, he was part of a relay team that swam to France. But it was not until August, last year, when he swam 21 miles across Lake Windermere and back at night – a feat that took him 11 hours and 45 minutes – that he knew he was ready.

The big day was scheduled for September, but high winds forced a 24-hour postponement just three hours before they were due to convene on the dock. One day later, he lined up on the shore, ready to go.

He says: “I think that start point has to be the loneliest place in marathon swimming. I had a moment to take it all in and part of me thought there’s still time for you to get out of this. Fortunately the other voice in my head shouted much louder ‘You knew it was going to be like this, no turning back, this is it!’ The boat’s horn sounded, I sprinted and dived into the waves. I was buzzing.”

But, one hour into the crossing, André noticed that his dad, who was on the support boat, was being sick – and then, at the two-hour food break, he realised something might be seriously wrong.

“I noticed people running about the boat and I couldn’t see dad anywhere,” he recalls. “My friend Beth told me, ‘It’s okay, keep swimming, you’re doing great’. But I knew that something wasn’t right and I was beginning to worry. Then the unthinkable happened: Eric, the pilot, came out on deck and waved me in and told me that we had to get back to land. I looked at him for a moment and thought, ‘Is this some kind of sick joke?’ It wasn’t.”

The sea sickness had caused his father to keel over and hit his head, and it meant the attempt had to be cancelled. André climbed out of the water and was ushered back to Dover in the boat.

“I burst into tears on my mother’s shoulder,” André admits. “This was the end of my channel swimming experience, no glory of landing in France, just a feeling of utter disappointment and despair.”

At a total cost in excess of £4,000, and the prospect of having to wait until the end of 2016 for the next opportunity, the dream appeared to be sunk. But one month later, the skipper of the vessel contacted André and offered him the chance to do it again if he could cover the fuel costs. He did not need asking twice, and a few days later, at 3.30am, he again breached the waves at Samphire Hoe.

He recalls: “All I could see for the first three hours was the bright glare from the lights on board the boat. Every so often, I felt a sharp pain across my chest as jellyfish tumbled down my body. At least the tingling sensation was keeping me warm!

“At ten hours, the shipping buoy that marked the start of the French inshore waters came into view. This was where you have to beat the tide or risk adding hours on to your swim time and potentially failing. Things were hurting, but the weather was perfect and I started looking up for France. It never seemed to get any closer.

“I began to swim faster, and then the water became shallower and I started to scoop up sand in my hands. I realised that I was landing. I stood up, a little dizzy with excitement and the fact that I had been horizontal for 13-plus hours! I managed to clear myself of the water and burst into tears – I couldn’t believe what had just happened. A Frenchman came up to me and handed me a pebble and said, ‘Bravo monsieur, très bien!’ I smiled at him and shook his hand.”

The team returned to Dover in triumph this time, and after signing his name at the White Horse pub, as is tradition, André was off, returning to Plymouth at 4am on the Monday morning.

“I had a physical chemistry lecture at 9am – and I made it,” he says. “Though I’m not sure how much I took in!”

André admits there are no further challenges on the horizon, beyond graduating and starting a career, but it’s proven to be a high-water mark in his life. He says: “I’ve met so many incredible people through this and all of them have that same mad sparkle in their eye!”