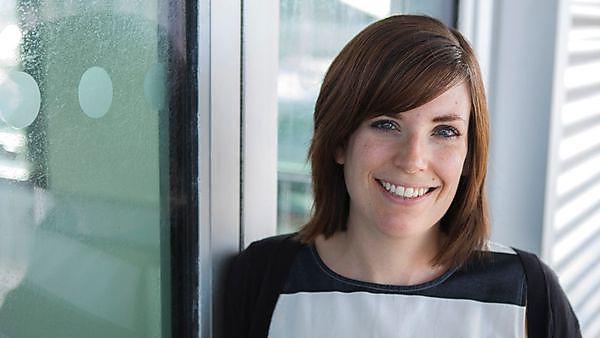 "You have to be able to communicate with scientists and nonscientists, as they have different terminology and jargon."

By her own admission, Cleveland, Ohio, is an unlikely spawning ground for marine biologists, let alone those able to swim in political waters and influence the tide of policy. But then Dr Abigail McQuatters-Gollop, Lecturer in Marine Conservation, and an internationally respected scientist in the field of plankton, was never going to accept anything less.

“From the age of three I knew what I wanted to do with the rest of my life,” Abigail says. “I grew up in a boring suburb of the city – a city that, if you look at the map, could not be further from the sea. So, it’s weird that the marine environment became my complete obsession.”

It was the documentaries of trailblazing ichthyologist Eugenie Clark, programmes such as The Voyage of the Mimi, and trips to Sea World (“before we knew what it was really like”) that started it. Then, at school, Abigail excelled at biology and won the school prize despite refusing to dissect animals as she was instructed to do. She received a scholarship to study marine biology at the University of Miami before later switching her major to marine affairs and policy. It was an era of her life when she experienced the wonder of the Florida Keys, and saw first-hand some of the human impacts on the environment.

“Biscayne National Park was only a couple of miles away, and I was fortunate enough to spend a lot of time in the water, snorkelling and diving in these sub-tropical waters,” Abigail says. “But I also saw how people were impacting upon the environment – touching coral, anchoring where they shouldn’t, and even conducting marine archaeology using dynamite. I found that quite shocking.”

Abigail went on to do a masters in marine affairs and policy, and was working at both a Geographical Information Systems company and as a part-time marine science teacher in a high school when the economic downturn, post 9/11, altered her course.

“I lost both of my jobs, so a friend and I came to Plymouth on a whim,” she says. “I ended up working for Royal Mail, and then a couple of years later I undertook my PhD at the University under the supervision of Professor Laurence Mee and Professor Martin Attrill.”

Having completed her thesis on plankton as indicators for marine ecosystem health, and as a method of informing policy, Abigail joined the Sir Alister Hardy Foundation for Ocean Science as a post-doctoral researcher. She began to shape the role into one focused on policy, securing European funding for her work and a NERC knowledge exchange fellowship. She was also invited to sit on Defra’s Healthy and Biologically Diverse Seas Evidence Group.

“I feel Westminster is my field,” she says. “What I am really interested in is finding those important pieces of science that can become evidence for policy change in marine management and conservation. Science is fascinating for science’s sake, but I’m excited about integrating it into the policy process."

"Cleveland has changed a great deal in the intervening years, but I love
Plymouth – it’s my home now." 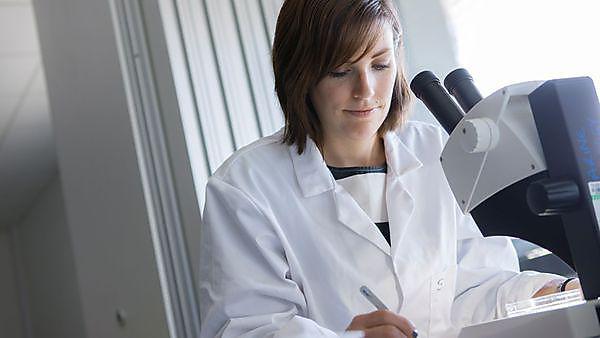 Abigail has worked on a number of major European research projects, and is now the lead for the UK’s and OSPAR’s (the Convention for the Protection of the Marine Environment of the North-East Atlantic) implementations of the Marine Strategy Framework Directive for pelagic habitats. As such, her year is structured around half a dozen meetings and the requirement to gather evidence in between, filling gaps in the scientific knowledge. She might, for example, look for policies or practices that could be appropriated from overseas. And by the same token, she has also been invited by international groups, such as the Australian Marine Science Association, to give talks about lessons learned in Europe.

“You have to be able to communicate with scientists and non-scientists, as they have different terminology and jargon,” Abigail says, when asked of the attributes needed to thrive in this arena. “Policy-makers have very different timescales – they often need things at a moment’s notice, so you have to be responsive and adaptable. And you need to be able to form relationships and build trust. I am the representative for the UK plankton community, and I’ve learned that government agencies will trust you if you can truly present a united front.”

After eight years at SAHFOS, Abigail joined the University in September 2015, and says she really enjoys the new dimension of working with students. “I want my students to understand all aspects – from the ecology and biology that underpin ocean and marine conservation to human pressures on the marine ecosystem,” she says. “If we can produce graduates that are engaged with all stages, it will be better for our environment in the future.”

It’s a far cry from that suburb in Cleveland, playing guitar in punk bands and aspiring to a life aquatic. “Cleveland has changed a great deal in the intervening years, but I love Plymouth – it’s my home now,” she adds.