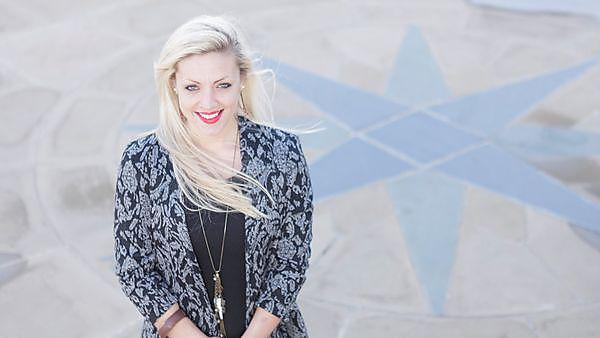 Rachael Walsh had only taken a handful of steps towards the trailer when a diatribe greeted her from the woman sitting on the porch. Years of frustration and anger spewing forth, aimed at the spectre of her delinquent, drug-taking father – a father facing the death penalty for murder.

It was the first time anyone had asked the daughter about her dad. Rachael, just months out of university, had been the one to cross the divide and break the silence.

“She began popping off a list of all of the bad things he’d done, and I thought to myself that this isn’t going too well,” Rachael recalls. “And then she said ‘but he’s my dad, and if I want a relationship with him, that’s my choice, not that of 12 men and women who do not know him’. It was then that I knew I had to put her on the stand.”

Welcome to the world of the ‘mitigation specialist', where the lives of your clients hang on your ability to find the human story behind the capital crime. And it’s one that Rachael has thrown herself into wholeheartedly following her graduation from Plymouth in 2012 with a 2:1 in Law. Working initially as an intern for charity Amicus in Mississippi, helping to represent those either convicted of, or facing trial for, capital offences, the 24-year-old is now employed full time by the State of Georgia, working on cases where a death notice has been served.

“If the District Attorney deems the offence to warrant the death penalty – if there are aggravating features that push it across the threshold – then the clock resets and the defendant is required to have capital defence lawyers,” she says. “It is entirely at the DA’s discretion, and we often have cases where co-conspirators are facing the death penalty even if they were not the ones who actually committed the crime.”

A Canadian passport, courtesy of being born on Vancouver Island, might have made it easier for Rachael to secure employment in the US, but her path into law is very much rooted in her time at Plymouth. Indeed, she admits she might never have made it this far but for the support of academics within the School of Law.

When her father died during her second year of study, Rachael was close to dropping out, before an emotional meeting with her tutor, Associate Professor Jason Lowther, convinced her to continue. And later, it was Associate Dean of Teaching and Learning Joanne Sellick who alerted her to a debate in London, organised by Amicus, on the issue of the death penalty.

Rachael says: “I came home that night and I knew that that was what I wanted to do. I got involved with the charity, and organised some events at the University, and then applied to become an intern.

A new start in the USA

“I was in Jackson, Mississippi for six months, and I couldn’t believe that there could be such poverty in a developed country, and such disparity of wealth. But I loved the South and the work I did, and I just couldn’t imagine going back to Britain, so when a job came up, I applied for it, and here I am.”

That job takes her across north-east Georgia, from major conurbations to the isolated towns of the Smoky Mountains, where methamphetamine related crime is rife. Rachael typically works six cases concurrently, with a daily routine ranging from researching the background to cases to actively searching for potential witnesses, often in areas of extreme socio-economic deprivation. And she also gets to spend a lot of time in jails.

“It can be difficult to sit in a room with someone, knowing what they stand accused of, and having seen the crime scene pictures,” she says. “But it is part of the job. You cannot judge them by your own standards.

“At the same time, you’ve got to build a relationship with your clients and really get to know them. In some cases, I am the first and only person in their whole lives to ask what it’s like to ‘be’ them; to be the first person to apologise for the terrible things that have happened to them.”

Those prison visits often have to begin with a walk through the ‘general population’, something Rachael is careful to do without heels and makeup – a lesson she learned after a very uncomfortable initiation to inmate etiquette. And yet it is the prison guards themselves that have proven to be the hardest part of the job, acting as both silent and vocal moral commentators on the nature of her work.

“Most of them don’t like me,” she says. “They don’t like my work; they hate the fact that I am required by law to have private meetings with my clients. In their minds, these people should be being constantly punished and they cannot comprehend that I am just having a conversation with the prisoner. It’s not uncommon for mitigation specialists to be accused of having inappropriate relationships with their clients because the guards simply don’t understand the nature and purpose of our jobs.”

For how long she can continue to work in such an ‘emotionally draining’ environment, Rachael is unsure; becoming an attorney remains a tempting option – and she is sitting her New York Bar exam in the summer. But for now, she is concentrating on her clients and helping to tell their story.

“I love what I do,” she says. “I meet not only the clients but their families, friends, teachers, social workers, and sometimes the family of the victims as well. That, of course, is difficult, and sometimes they are not at all happy to see me. But just as many will tell me that the death penalty won’t take away their pain, and that’s incredibly powerful.”