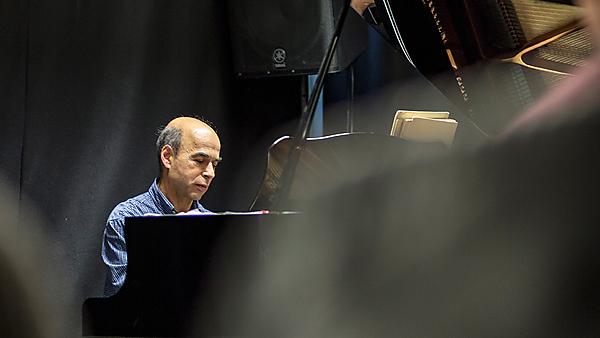 As an American, the story of the Mayflower crossing – and the associated Thanksgiving holiday – is ingrained in my childhood. I’m not alone in this; it is a tale that I think many in America regard vividly, one that has become a part of the country’s persona.

It’s through Thanksgiving that the Mayflower story lives on, bringing families together every November in tribute to the generosity of the Native Americans who were said to have helped the Pilgrims through the harsh winter. Of course, it is very difficult to separate myth from reality, and we are very fortunate to be living in an age where scholars such as our own Kathryn Gray have researched the literature of the time to create a much more accurate and nuanced picture of both the reality of the time and the way the story has been transmitted over generations. In fact, Kathryn helped me in substantive ways to create a culturally informed historical timeline of events that became the narrative fibre of Some Call It Home.

Building a music drama that would be a part of the year-long commemoration of the Mayflower 400 anniversary was a project that I’d been considering from the moment I applied for the role of Director of Music at the University’s Arts Institute. When I was appointed in 2018, I realised that I now had a wonderful opportunity to build something that could have an impact. So I began to seriously consider what would make the most sense in 2020, asking myself what elements from 1620 that would have immediacy and relevance today, what would reach far beyond the clichéd top hats and buckled shoes?

What struck me was that as soon as the Pilgrims and other European settlers set foot in the New World, their approach to the way they regarded land started a major conflict. On the one hand the Native Americans embraced stewardship – the idea that you could live on the land, farm it, hunt on it, and maybe even fight over particularly good parcels of land. The concept of ownership, however, was never in their thinking.

Contrast that with the very different actions of the settlers: they would find good land but then claim it as their own; this is dominion. They would build a stockade around such land, use it in any way they saw fit, and when they had exhausted its usefulness, they repeated the process elsewhere ad infinitum. It is clear to see which approach achieved primacy, and over repeated iterations and generations, dominion of this sort has resulted in poor stewardship, deteriorating ecosystems, and inevitably climate change. And as we’ve seen in recent years, this in turn has contributed to socioeconomic migration on a global scale.

Drawing from a range of contemporary authors and historical sources, Kathryn Gray and I developed a sweeping historical narrative. I wanted a large canvas from which to work. Then over many sleepless nights, I began to define the most critical moments.

The music drama that I have created consists of nine scenes, each framed around a pivotal figure or event. For example, in Scene 3, William Bradford, a leader of the Pilgrims, lands in Plymouth, Massachusetts and proclaims the land is theirs.

God has cleared a space for us in the wilderness

What an extraordinary statement. What did it mean then, and what can we say about it now?

I commissioned two wonderful composers – Jonathan Dawe, from New York, and Jane O’Leary, from Galway (who by coincidence had an ancestor from twelve generations ago on the Mayflower) – to write the music, which will be played by an ensemble from the Bournemouth Symphony Orchestra. And two international star singers – English soprano Deborah York, and American baritone Randall Scarlata – will both sing and narrate. And I’ve created a strong visual component – from archival pictures to raw footage of people being smuggled across the Sahara. When it opens at Theatre Royal Plymouth in March, it will mix imagery, video, narration, song and a string orchestra over the course of its 75-minute run-time – something I believe will be unique. Following each performance, we will have a panel discussion with international experts in climate change and migration, and the artists will also participate.

My hope is that we have succeeded in creating something that takes the story of 1620 and makes it vital and relevant for today’s audiences. From my perspective, Mayflower 400 is not just about a courageous crossing; we’re taking an iconic historical event and placing it into a broader, more comprehensive context that affects us all. I hope too that the audience will be moved and inspired, and will ask ‘what can we learn from this critical conflict about land?’ Maybe we can learn to shepherd our home in a way that will better preserve it for the future!

If that is one of the legacies of Mayflower 400, we will all benefit in the years to come.