Graduation day can be a rollercoaster of emotions for any gradaund, but for computer science student, Brian Viviers, this day was an even bigger deal.
Brian attended a pre-ceremony reception at the Lord Mayors residence at Elliot Terrace on Plymouth Hoe to be hosted by the University’s Vice-Chancellor, Professor Judith Petts CBE; Professor Kevin Jones, Executive Dean of the Faculty of Engineering; and Michael LeGoff, CEO Plessey, all of whom were there to congratulate Brian on his achievements.
Roll back only 12 months earlier, Brian was selected as one of the top performing students across 29 engineering-related courses to become one of the first Tamar Engineering Project (TEP) scholars. A project which aims to transform the lives of those with the potential for high academic achievement, but who may face socioeconomic barriers to university study.
Through TEP, Brian received one-to-one mentoring from Michael LeGoff, who guided Brian through the essential non-academic skills that employers look for, helping to develop Brian’s confidence and sense of direction in his career. Achieving a first class honours wasn’t enough for Brian, he was also awarded Best Overall Computing Student from the British Computing Society, demonstrating his determination to succeed. On the advice of his mentor, Brian will now go on to study a masters in Robotics at Bristol University.
The Tamar Engineering Project is championed and driven by alumnus and former CEO of great engineering firm Lockheed Martin UK, Stephen Ball. TEP aims to support up to five new students every year throughout their study at Plymouth to help shape confident, employable, conscientious engineers of the future. 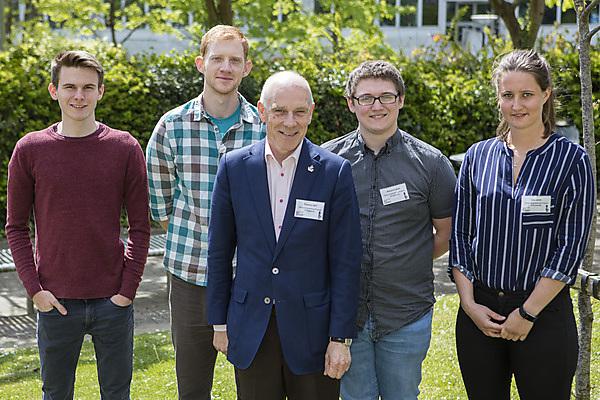