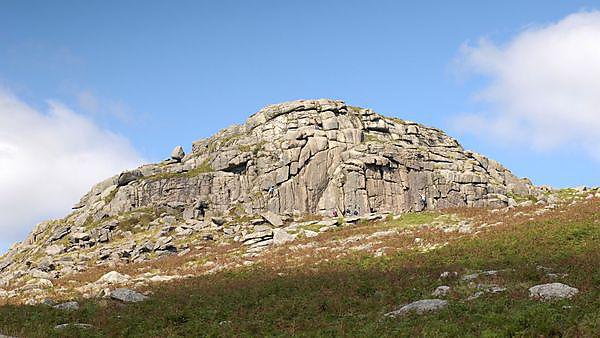 University looked like a massive step and I didn’t have a set idea on what I wanted to do or where I wanted to go, with my friends already set on going into areas such as air traffic control and dentistry. Although I had some careers advice while in college, it did little to help me decide what I wanted to do in the future. It was only when my granddad told me ‘Do what makes you happy’ that I started to think a little bit deeper about what I wanted from life, far beyond a career or any future plans.
Suddenly, geography at university seemed the best option. I applied to a range of universities, touring the length of the country both with my sixth form college and with my parents. It was only on a cold February morning that I discovered Plymouth.
Even though I first saw it in dreary drizzle, University of Plymouth shone strong from the first time I stepped on campus. The campus was buzzing and friendly, the facilities for my course were amazing and the lecturers were all experts in their respective fields. Perhaps the best selling point was the amount of fieldtrips available, more than any other similar course. I then set my mind on Plymouth; physical geography and geology was the course for me.
Over the next four years I made some amazing friends on my course, through my halls of residence and elsewhere, with some of them mates for life. I’ve been on some epic fieldtrips with my course, with Morocco and the Sahara desert, Western Ireland, the Spanish Pyrenees and Dartmoor to name a few. I’ve had nights out with stories to last for years, explored the city and been a part of a vibrant student community. In essence I’ve had many experiences, both good and bad, to shape the person I am today.

So how have I changed since starting at the University of Plymouth four years ago? I can say without a doubt that I’ve become more confident in myself and my abilities. Before university I was introverted and had the social skills of Mr. Bean; now I feel that I’m outgoing and can talk to anyone with ease! Since the start of university I’ve volunteered at the London 2012 Olympics, travelled thousands of miles with my course and became a Student Ambassador for the University of Plymouth.
I am currently fundraising and training as part of the 2014 Empty Quarter Expedition to Oman, which is set to be an epic journey into the wildest parts of Arabia. Over eight weeks, scientific and conservation projects are to be undertaken in environments ranging from mountain ranges and desert dunes to estuaries and coastal waters. One of the projects is the Arabian Leopard study, helping Oman’s Office for Conservation of the Environment (OCE) to track and study the endangered leopard population.
The expedition sounds overwhelming at times and will be an expedition of epic proportions, something that I still haven’t fully realised. However, over October/November 2012, I travelled to Morocco on my course to undertake fieldwork. This largely took place in Erg Chebbi, a sand sea that measured roughly 22km from north to south and 5-10km from east to west. While this was insignificant compared to the Empty Quarter, it managed to prepare me somewhat for what lies ahead. My trip to Morocco also took in Marrakesh, one of the most vibrant and enthralling cities in the region. It was here that I got my first proper taste of an entirely different culture; something that I hope will be expanded upon in Oman.