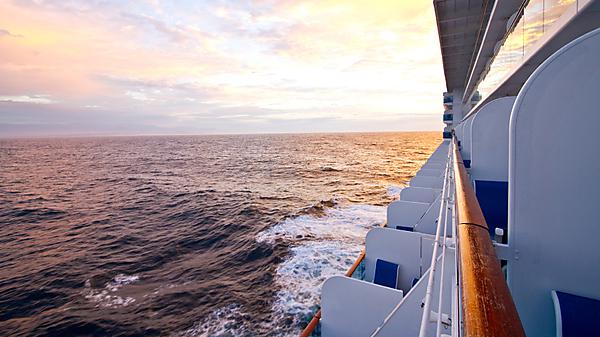 "I am now a senior officer of the watch on board some of Britain’s most prestigious cruise liners.
I chose Plymouth having learnt about what a career at sea would be like, along with the added benefit that I could learn about the weather at the same time – I had previously considered being a meteorologist. In order to gain sponsorship for the course, I applied to several shipping companies and was successful in being accepted on the degree sponsored cadetship with P&O Cruises, who I have worked for ever since.
After my first year, I spent part of the summer vacation at sea on board the cruise ship Oriana where I was able to put the skills I had learnt so far into action. I also spent a third year placement at sea on several different vessels, giving me the opportunity to travel the world. At the end of my degree course I was able to sit my Maritime and Coastguard Agency (MCA) oral exam. Passing this made me eligible to hold a single watch on any size merchant ship in the world.
After graduation I remained with P&O and have now passed a second MCA oral exam for my Chief Mates licence, allowing me to be second in command of any size ship in the world. My current responsibilities include management of our chart portfolio, and crew and passenger safety training and I am also a member of the emergency response team. When on watch I am responsible for the safety of nearly 4000 people and nearly half a billion pounds' worth of ship. The pressure is high but the rewards are excellent.
Plymouth was a great place to learn about the sea due to its rich maritime heritage and the various maritime facilities based at the University, especially the ship simulator. Our class made regular visits to ships, shipyards and cargo berths to enhance our knowledge and see the real world of ship operations."