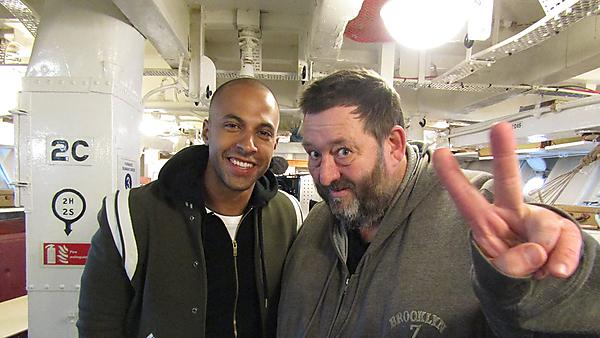 Dr Harry Bennett, Reader in History at the University, appeared on a recent edition of the BBC’s Who Do You Think You Are?

Dr Bennett helped Marvin Humes, a former member of the band JLS and DJ, as he researched his family history. Harry helped Marvin trace Frederick Buckingham, his great-grandfather who had a tough start in life before he joined the Merchant Navy.

Harry and Marvin looked at his service in the Merchant Navy from the 1920s through to World War II on ships such as the Caroni River when it sank in 1940 and on the King Orry at the evacuation of Dunkirk in May 1940.