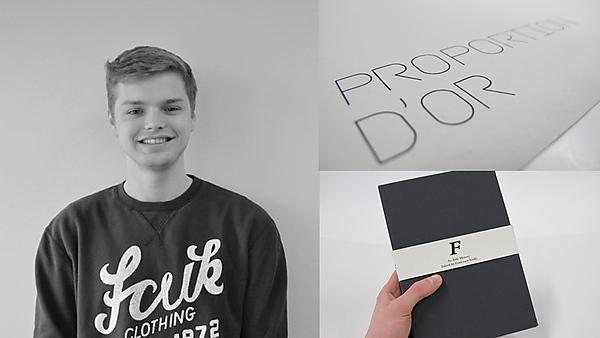 Adam Fowler graduated in 2013 and had a double success at the recent Design and Art Direction, New Blood show in London where students from all over the UK showcase their work.

Adam was recognised as “outstanding talent” at New Blood, he was also selected to take part in the D&AD Graduate Academy. This involved several workshops and lectures with industry leaders such as Google, Wieden & Kennedy, Good Design, Scriberia and Hellicar & Lewis. The latter part of the academy was spent working as part of a team on a competition project for Diageo & AMV BBDO. Adam’s team and their design proposal was selected by Diageo and consequently Adam and his group were given a cash prize and the opportunity to work with Diageo and their partner agency AMV BBDO to develop the idea through to implementation.