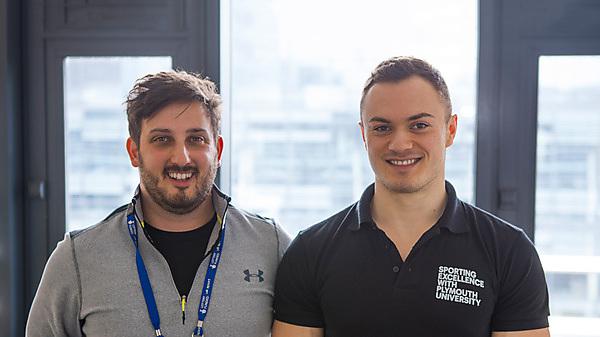 Sport Psychologist in Residence with Plymouth University from 2015 to present.

Jon Rhodes is a chartered psychologist, who alongside studying part-time for a PhD at Plymouth University, works closely with students on the University's Sporting Excellence Scholarship Programme and with several sporting bodies in and around Plymouth including the psychologist for Plymouth Argyle and the Sports Performance Manager at Plymouth Studio School.

Jon completed a BA (Hons) Sport Studies with Psychology at the University of Winchester, followed by a MSc in Sports Performance at Portsmouth University. He has worked in several aspects of sport, including physiology, strength and conditioning, but has most recently focused on psychology and helping athletes with their mental preparation for competition. His PhD with Plymouth University (supervised by Professors Jon May and Jackie Andrade) focuses on developing sporting resilience and grit through Functional Imagery Training.

During my time at Portsmouth University whilst studying for my MSc, I worked at Portsmouth Football Club (in the year they won the FA Cup!) gaining invaluable experience of working with a professional team. Following on from graduation, I spent some time at the Lawn Tennis Association conducting data analysis, and then took a sideways step into strength and conditioning, and then onto lecturing. It had always been my intention to work in psychology in the long run, and so I started my own consultancy firm and began working with athletes in a variety of sports including judo, fencing and rugby. I relocated to Plymouth in 2012, and have been involved with Plymouth University as an associate lecturer since 2014 and have recently completed my Post Graduate Certificate in Academic Practice.

What is the most difficult thing that you have faced in your career?

One of the biggest challenges working in sport is getting enough experience to get a foot in the door – to begin with after my undergraduate degree I was being turned down for unpaid work experience as I didn’t have enough experience! Through perseverance, and lots of networking, it is possible to crack into the industry, and once you are in, it is so important to get yourself known and meet important people in your field. Always remember, it’s not about who you know, it’s about who knows you!

I was lucky enough to be working with three fencers who qualified for London 2012 as part of Team GB, and could work with them right up to the Games. It was an incredibly proud moment to see them live at ExCeL competing at the “biggest show on Earth”, and I used the experience to write and publish my first peer-reviewed paper after the event.

I would encourage everyone to get as much experience as possible, and to get started sooner rather than later. Any experience you can gain alongside your degree will make it a lot easier to find positions once you graduate. Take every networking opportunity made available to you – and never be afraid to introduce yourself to somebody as you never know where a conversation may lead.

How has moving to Plymouth helped your career?

The move from London to Plymouth certainly came with its challenges – especially off the back of London 2012 – however there is so much untapped potential in the South West, and being able to offer a service which previously wasn’t available in the same guise in the area was a fantastic opportunity for me to engage with several sports and clubs in the area. With the University offering such a fantastic Sporting Excellence Scholarship Programme, more and more elite athletes are choosing to call Plymouth their home, and it is gradually establishing itself to be a fantastic city for high level sport.