United States? What next for post-Trump America?

In January, following one of the most divisive elections in its history, Joe Biden became the 46th President of the United States of America.

For many reasons, it is tempting to see Biden’s victory as a return to normality for the United States: the grown-ups back in charge; Twitter diatribes replaced by good old-fashioned diplomacy.

But while there has undoubtedly been a sense of relief evident across the middle ground of politics at the Democrats regaining control of the nation’s narrative, we write off the lessons of the past at our peril. The Trump presidency was no historical blip or far-right fever dream. In moving America forward, the Democrats will have to acknowledge and address some of the issues of the past and present. 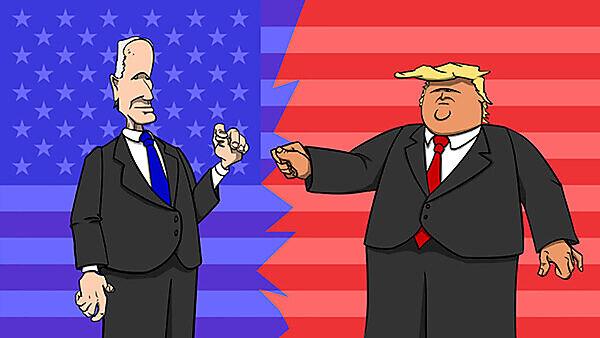 Perhaps the only unifying theme or philosophy that knit the actions of the Trump administration together (beyond sheer narcissism) was Trump’s antipathy to anything that Barack Obama had achieved.

Trump wasn’t so much a builder (witness the unbuilt but oftpromised wall along the border with Mexico) but a destroyer, and his success was in tearing down the achievements of his predecessors. This included international accords – most notably those relating to Iran, Cuba and the climate – bewildering long-time allies, and destabilising NATO. He turned the other cheek to Russian interference and cybercrime, and did his best to ignore the threat posed by COVID-19, thus emboldening others to do the same at great cost.

But, it’s also important to note that Trump’s defeat does not mean ‘Trumpism’ is behind us. In both 2016 and 2020, we witnessed an effective status quo of voting patterns, with Republican identifiers supporting their party, and Democrats doing the same. What Trump succeeded in doing, however, was tapping into and accidentally exploiting a set of beliefs that exist in the United States, and will continue to do so: a racial anxiety that white people will at some point in the near future no longer be an outright majority.

At its ugliest, this focus upon exploitation of base fears has turned elements of the Republican Party into little more than a white ethno-nationalist cult.

Consider, for example, the hundred or more Republican members of Congress who signed onto the quixotic attempt by the State of Texas to sue Georgia, Pennsylvania, Michigan and Wisconsin and convince the Supreme Court to throw out their election results, solely because Trump did not win those states. Whether this was founded upon a principled belief of election fraud or a fear of the mob, it doesn’t bode well for American democracy.

This is the logical evolution of a thread in American conservatism, which instead of trying to compete in the electoral marketplace on the merits of their ideas, focuses its energies upon gerrymandering outcomes to ensure that Democrats are not able to govern, suppressing the votes of ethnic minorities through various means, and when all else fails attempting to fundamentally delegitimise the process (and hence, the winners).

In recent history, we have witnessed the entirely manufactured scandal around the Clintons in the early 1990s, called Whitewater; there was the so-called 'birther' movement, propagated by Donald Trump himself, which claimed that Obama was born in Kenya and therefore not constitutionally allowed to be president (he was, of course, born in Hawaii after it had gained statehood); and now, with the fraudulently stolen election theory, the Republicans seek to hobble Joe Biden through the four years of his administration. The outcome is that a large segment of the American population are, and will remain, convinced that the election was stolen, and that Biden is an illegitimate president, like Obama before him.

While the Republicans appear uninterested in competing on ideas – they did not even bother to write a platform for 2020, the American equivalent of a manifesto – the institutional structure of American democracy still enables them to remain competitive. In seven of the past eight elections, the Republicans have lost the ‘popular vote’ – by seven million most recently. But presidents are not elected on this basis, requiring instead to triumph via the Electoral College system, whereby each state is allocated a certain number of votes. And the issue for the Democrats is that rural states such as Wyoming have comparatively greater representation than more populous ones like California. 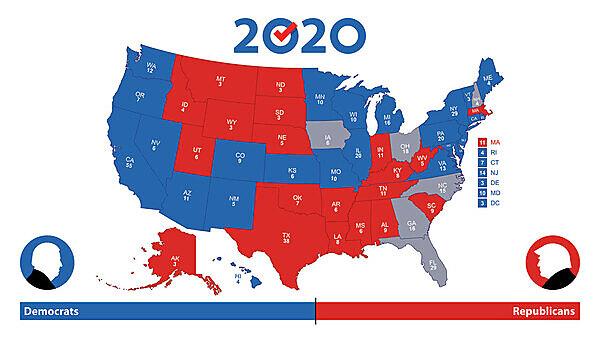 Had just 43,560 votes switched from Biden to Trump in three states – Wisconsin, Arizona and Georgia – the Electoral College would have been tied at 269 –269, and the result would have been decided by the House of Representatives on a ‘one state, one vote’ basis, leading most probably to a Republican win.

So, if all it takes is to target 44,000 votes, why alter the strategy for another generation or so?

Who spearheads that Republican campaign in 2024 will not be clear for some time. Prior to the January insurrection at the Capitol Building, few would have discounted Trump from playing some form of leading role himself. But his culpability for the actions of the mob that day, his impeachment acquittal notwithstanding, have very likely turned his remaining political stock so toxic that not even the Republicans will countenance a second campaign for the White House. The evidence is there in the Senate vote; Trump is the only impeached president to have had even a single senator from his own party file a guilty vote, and seven did so in the second case.

So instead, we might well see the emergence of a new breed of candidate, one who might be termed ‘the thinking man’s Trump’. They too will appeal to the same ethno-nationalism, the same thinly veiled racism, the same misogyny, and the same belief in fighting against the liberals at all costs. But they will do it in a way that is more polished and professional, and definitely more cunning.

Trump is a profoundly stupid man. The next Republican candidate to tap into his support won’t be.

So much of what America does influences and impacts upon other major Western countries. Those people who believe that multilateralism presents the best chance for us to tackle supranational issues such as the health of the planet will have despaired at the rhetoric of the past four years. It’s clear that Biden will take a more collaborative approach, and present a more statesman-like image to the world. Whether he – and the country – can emerge from the shadow of Trump is less clearly defined.