The NHS: Funded for the future or living in the past?

In 2018, the United Kingdom celebrated 70 years of the NHS; seven decades since Aneurin Bevan and the government of the day enshrined into law the long-held ideal that good healthcare should be available to all, regardless of wealth.

Undoubtedly there is a special relationship between our nation and the NHS. In fact, I think it is fair to say that we see the NHS as a fundamental expression of ‘Britishness’, an exemplar of fairness, high standards, and innovation. Devolution has brought about significant changes in Wales, Northern Ireland, and, in particular, Scotland, but the underlying principle of healthcare being free at the point of delivery is still very much intrinsic to our national psyche. And as such, health is thought about differently to other areas of the public sector such as education, defence, transport and policing. At a time when the country is hugely divided on many issues, the NHS is one thing we can all agree on.

Because while no one would begrudge us celebrating the achievements of the NHS and thanking the extraordinary staff who make such a difference to people’s lives, there is no little debate about what the future holds for the service, particularly in relation to funding.

Currently, around 30 per cent of public spending goes on health, nearly treble the proportion from the 1950s. And earlier this year, the government moved to define its vision for the sector – in England at least – by unveiling its ten-year plan for how it will allocate the previously announced budgetary increase of 3.4 per cent in real terms up to 2023.

But despite this, the evidence on the ground from staff and patients, and metrics such as A&E waiting times, points to a crisis. Dire warnings are coming from all angles, saying that unless we do something very radical, our health system is going to topple over.

Part of the problem is that many are in a state of denial over how the health system has changed over the past 30 years (although the plan’s focus upon GPs, mental health and community care is a welcome step in the right direction). When I think back to my own nursing education, at St Bartholomew’s in London, it was a picture of the NHS as it had been for years, one of Nightingale wards, nurses in caps and starched aprons, and a strict hierarchy.

The advancement since then has been remarkable: the breakthroughs in tissue donation and organ transplants that have given people second chances at life; revolutionary new operating techniques; massive cultural and educational changes in relation to treatment, especially in nursing and paramedicine.

But these breakthroughs have come at a price; one that is rising by 4 per cent every year, leading some analysts to predict a £30billion budget shortfall within a decade. Partly, that is down to inflation and the escalating costs of new drugs. But, ironically, it is also the NHS’ own success that is contributing to the issue. Diseases that would have been terminal 70 years ago are being cured, so people are living longer, and that ageing population is placing huge strain on both frontline primary care and secondary care – a person in their 80s costs five times as much as someone in their 20s. Factor in issues such as poor diet, sedentary lifestyle, and alcohol abuse, and you have people living longer, but presenting with a cocktail of acute physical and mental conditions, from heart disease to dementia. To visit a major hospital, such as Derriford, on a Friday night is to see it full of older people – many of whom have to be treated within the acute care sector because there isn’t the capacity in the primary or social care systems to look after them in the community. And that inevitably causes the ‘blocking’ of beds in our hospitals, and the cancellation of non-emergency operations; the ‘winter pressure’ that is facing our NHS services all year round.

I would also argue that our pride in the NHS has for some people tipped over into entitlement. Where once our health service treated disease alone, now we expect of it healthcare management, vaccinations, maternity services, medication and contraception. When paracetamol can be bought for pennies in the supermarket, how can we afford to be paying for prescriptions for the same product?

So what do we do about it? One answer is to look at countries like New Zealand and Australia. For 11 years, I worked in both, and while there are a number of similarities to the NHS, they differ in one important regard: they operate a parallel or supplementary pay-for-care structure. 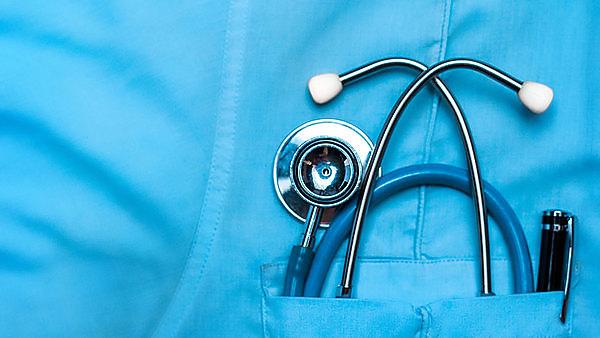 In New Zealand, there are Accident and Medical clinics where you can pay for instant treatment that might have taken four hours at one of the district health board-funded hospitals. Similarly, Australia has ‘medicare’, where citizens are entitled to a certain level of healthcare on the state, but they are required to ‘top up’ for more expensive treatments. Both countries have a more open and incentivised approach to healthcare insurance, ensuring that people who are able to pay can benefit from a faster, more responsive health system, freeing up resources for those older and more vulnerable members of society.

Would that work here in the UK? The simple answer is, we may have to find out. Successive governments have shown little appetite to broach the subject of taxation reform around its funding because they know it’s not a vote winner. But we do need to take a step back and properly assess what the NHS is for, and how much that is going to cost.

“Change is not made without inconvenience, even from worse to better” said 16th century theologian Richard Hooker. Well, Bevan’s belief was ground-breaking and people had the faith to go with it. But we can’t live in the past: if the NHS is going to continue, it has to embrace significant change, and society will have to go with it.