A team of scientists led by academics at Plymouth have published a landmark study revealing the discovery of dunes on the distant dwarf planet of Pluto. Writing in Science, the international working-group of geographers, physicists and planetary scientists revealed how they had analysed detailed images of the surface, captured in July 2015 by NASA’s New Horizons spacecraft. They concluded that the dunes are formed by methane ice grains released into its rarefied atmosphere, which are then transported by its moderate winds.

Dr Matt Telfer, Lecturer in Physical Geography at the University, was the paper’s lead author. He said: “We knew that every solar system body with an atmosphere and a solid rocky surface has dunes on it, but we didn’t know what we’d find on Pluto. It is another piece of the jigsaw in making sense of this diverse and remote body, and gives us a more fundamental understanding of the geological processes which are influencing it.”

The United Nations Educational, Scientific and Cultural Organization (UNESCO) has backed a new position established by the University to enhance awareness of the role that geoscience can play in addressing some of society’s greatest challenges. The UNESCO Chair in Geoscience and Society will support academics from earth sciences, psychology, education and the arts undertaking work in India, South America and other parts of the world, developing expertise in disaster risk reduction, geo-energy, resource management and environmental degradation. Professor Iain Stewart, Director of the Sustainable Earth Institute, unveiled the new role in the inaugural Sterling Lecture, delivered as part of the Sustainable Earth 2018 conference.

“UNESCO’s inspirational mission is to promote peace, security and sustainability through international dialogue and cooperation, and its international network of university chairs is a key element in achieving this goal. I am proud of the role played by UNESCO chairs in the UK, in fields as diverse as water science, cultural protection and refugee integration. Iain Stewart’s work in geoscience and society will add a new dimension to this rich mixture. It is a great pleasure to welcome Iain, and the University of Plymouth, into the UNESCO family.”

A world-leading marine renewables researcher has twice been recognised at the highest level for her work and status as a role model. Professor Deborah Greaves, Head of the School of Engineering, was made an OBE in the Queen’s Birthday Honours List in recognition of her research work into offshore renewable energy and her significant contributions to inspiring more women and girls to consider a career in engineering.

Just weeks later, she was named as the lead academic for a new national consortium that will bring together a network of academic, industrial and policy stakeholders to champion and maintain the UK’s world-leading expertise in offshore renewable energy (ORE). ORE Supergen is part of a programme of initiatives being funded by the Engineering and Physical Sciences Research Council (EPSRC) and brings together the related research areas of wave, tidal and offshore wind.

Speaking of her OBE, Deborah said: “I have always been keen to try and improve understanding of the role of engineers, and for people to see that our work is all about creativity and finding solutions for the benefit of society. I have also been passionate about encouraging more women and girls to consider engineering as a profession, and if this award shows in some small way what can be achieved, then it can only be a good thing.” 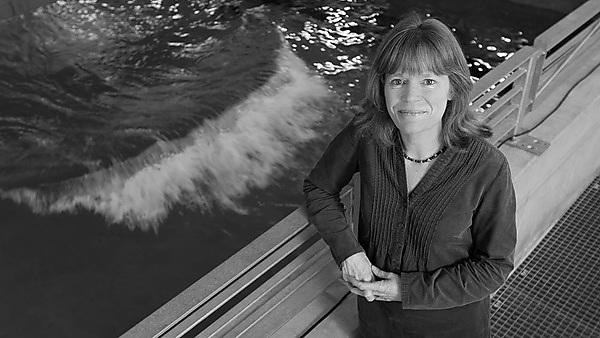 Two major scientific research projects in the fields of spaceflight and quantum physics were launched this autumn thanks to more than £1.5 million in funding. In the first, Dr Mike McCulloch, Lecturer in Geomatics, was awarded $1.3 million from the United States Defense Advanced Research Projects Agency to test his theory of quantised inertia (QI) – the concept of light being converted into thrust.

Dr McCulloch first put forward the theory of QI in 2007, which predicts that objects can be pushed by differences in the intensity of so-called Unruh radiation in space, similar to the way in which a ship can be pushed towards a dock because there are more waves hitting it from the seaward side. Over the four years of the project, Dr McCulloch will work with experimental scientists from the Technische Universität Dresden in Germany, and the University of Alcala in Spain.

“Ultimately, what this could mean is you would need no propellant to launch a satellite,” Dr McCulloch said. “But it would also mean you only need a source of electrical power, for example solar power, to move any craft once it is in space. It has the potential to make interplanetary travel much easier, and interstellar travel possible.”

The second project will investigate fundamental quantum physics using intense lasers, and is being led by Dr Anton Ilderton and Dr Ben King, with £450,000 of funding from the Engineering and Physical Sciences Research Council. They will be seeking to improve both the theoretical and numerical models of intense laser-particle interactions used by scientists in this field.