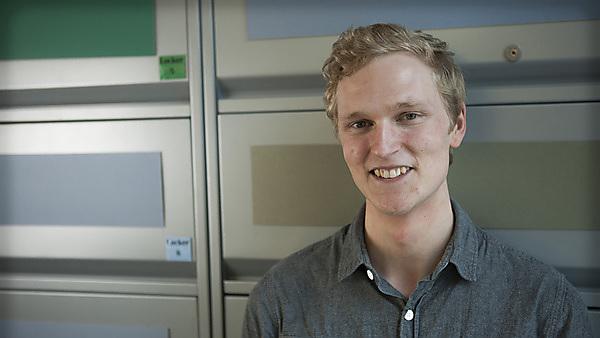 “Without a doubt my favourite University of Plymouth memory is taking part in the 48 Hour Global Game Jam, run by the Game Development Society. Me and the guys I went on to work with got a chance to get together with a load of other game developers and frantically developed a game in just 48 hours.”

Since graduation, two of my course mates and I have created and grown our own game development start-up company, So Good Studios. Just a few days after our final exam we set up in the Plymouth Formation Zone offices, and have been working there ever since. As Managing Director, my focus is on public relations and networking, but luckily I still get to do my share of game development!

The idea of creating my own company, and being self-employed, was one that developed over my time at university, though originally I assumed I would be leaving to look for a graduate job. Around the end of my second year I started seeing it as a real possibility, and by the time I left university, I knew it was the path I wanted to follow. Since then, that’s precisely what I’ve been doing.

So far, the most difficult thing has been learning to recognise when I’m in need of advice and to actually ask for that advice. This is something that the Formation Zone has really helped with, and I’ve found that the more often you approach people for advice, the less daunting it becomes. Often, you will find people are flattered to be seen as a source of good information; all it takes is to overcome the anxiety of approaching that person.

I think the aspect of my job that I enjoy the most is the outreach opportunities I get to be involved in, both as a representative of So Good Studios and as a graduate of the University of Plymouth. In particular, having the opportunity to present my experiences to the Game Development Society and shed some light on the process of creating and running a company, was something I found incredibly satisfying.

I would definitely advise anyone looking to get into the games industry to try and find an appropriate university course. Not simply with the aim of getting a degree, but to get a chance to surround themselves with other people looking to do the same things as them, to make contacts, and take hold of opportunities to get involved with the industry as early as possible. That, and just start making games. Show those games to as many people as you can.

Studying at Plymouth helped me to develop my skills as an independent adult living in a new city, as well as to pursue my interest in game development and computing. It allowed me to capitalise on the opportunities presented to me, travelling to industry events, and getting involved in the management of industry-related events and groups such as the Game Development Society. And towards the end of my study, it helped me to discover the Formation Zone, and set me on the right path to setting up my own company.

How has a degree from the University of Plymouth influenced your career?

I feel that having a degree from the University of Plymouth helps me to speak with more certainty and conviction about my experience at the University, as well as to feel more justified in recommending the University to others. And in regards to my career, it lends credibility to the company’s image, and my own, when talking to people about what we do and the skills we have.

Without a doubt, my favourite University memory is taking part in the 48 Hour Global Game Jam, run by the Game Development Society. Me and the guys I went on to work with got a chance to get together with a load of other game developers and frantically developed a game in just 48 hours, enthused by an idea and powered by too many snack foods. And we came out of it with a cool prototype to boot.

Operating out of the Formation Zone offices on the Plymouth campus means I’m literally a two-minute walk from my old course laboratory. I often go and check in with the course’s in-house development team, ISS, and speak to current students. It’s great to get a chance to give back and be involved in the continued development of the course, and it helps me remember how far we’ve developed individually and as a company.

I would recommend taking a course at the University of Plymouth because, more so than any other university town I’ve visited, Plymouth and the University feel like one and the same. The effects of the University can be seen all throughout the city centre and really make for a great place to live and study. Though I would have some reservations recommending a course I had not taken myself, I wouldn’t hesitate for a second to recommend the Computing & Games Development course to any prospective student looking to get into games.

If you would like to find out what other relevant alumni from the Faculty of Science and Engineering are currently doing, please visit the computing  and mathematical sciences interest area. 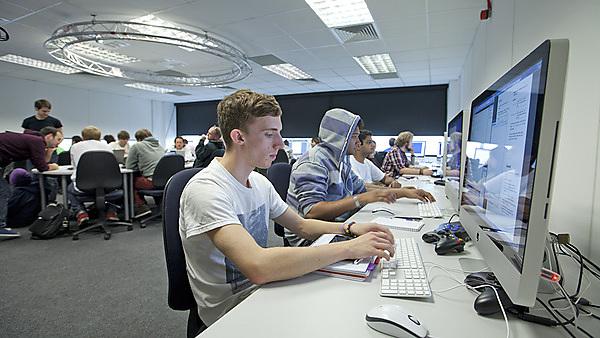