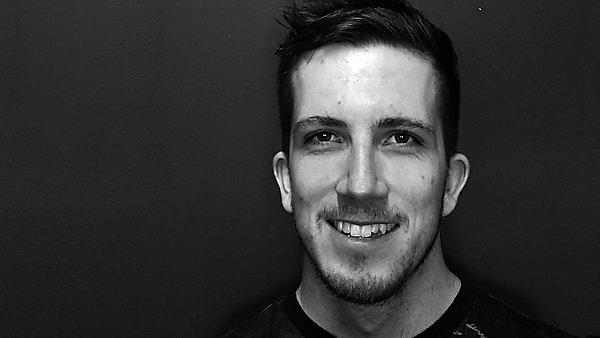 "The studio on floor seven is an amazing space. We spent hours up there developing and perfecting projects. I was surrounded by the right people which was key to my studies."

I moved to Sydney in late 2014 after a short stint in London working in magazine publishing. I moved to pursue a career in digital design. I started at a company called SLIK where I learnt the ropes. After a successful eight months I switched to freelancing as the market for digital freelance is healthy in Australia. During this time I worked for Leo Burnett who later went on to offer me a full time position and a sponsored visa to remain in the country. Since then I have worked on Cannes Lion award winning work and recently Pocket Patrol beach safety app in which I was the lead digital designer. That project picked up a D&AD pencil last week. We’ve got our fingers crossed for a Cannes Lion.

I am still in graphic design but my role has changed from print and branding to digital design. So far the move has paid off.

The most difficult thing I have faced is my decision to start fresh in Australia and a decision to focus entirely on digital design which I believed was a better career path. I learnt how to code and animate which isn’t a quick thing to learn but I got there eventually.

The award winning work I have been involved in has been most rewarding. Oh and I did some work for a super yacht company which involved a trip away. That was pretty great!

I always dreamt of taking a year out to travel. That’s partly why I ended up in Sydney but very quickly I found myself working full time and its been that way for the last three years!

Learn on the job. You can spend hours reading online tutorials but if you don’t have a real life use for it then chances are you’ll forget fairly quickly. Get into an internship and give it 110 per cent. The right company will recognise your hard work and you’ll be rewarded. Digital design is constantly evolving which you can use to your advantage.

The studio on floor seven is an amazing space. We spent hours up there developing and perfecting projects. I was surrounded by the right people which was key to my studies.

There are too many to mention in one sentence. Our degree show night was a huge highlight.

Do you stay in touch with other University alumni or lecturers?

Yes. I connect mainly on Instagram with old tutors.

I would recommend the course. We had access to lots of facilities and the studio was a great place to hang and work.

Consider opportunities abroad. You can easily obtain a working visa in Australia. I have lots of friends here from the UK working in creative industries. Come join the party!