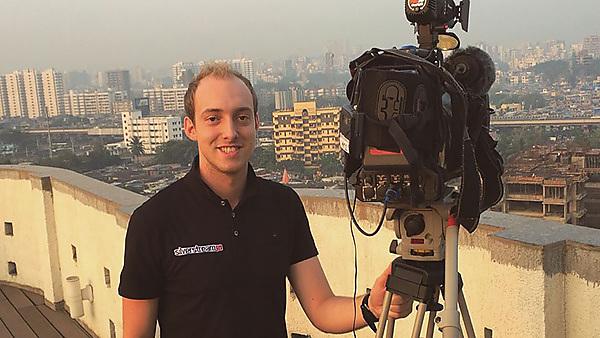 "The most interesting shoot I've ever done was over in Mumbai, which was a real eye opener! But I have to say that the most exciting thing I've done to date was vision mixing the NatWest Island Games 2015 in Jersey."

Since I left Plymouth University I have been working for a production company called Silverstream TV, who specialise in live web video streaming. They are a Plymouth based company but work all over the UK and Europe which means that I’ve got to travel all over the world, working in a vast array of environments. I was extremely fortunate to get an opportunity like this so soon after leaving education.

My job responsibility within Silverstream TV has changed significantly in the two and a half years that I’ve been here. I started out as a trainee producer and camera operator, being responsible for organising the schedules for our onsite video productions, as well as operating a camera on selected events. Since then I have branched out into directing and vision mixing our live events that are generally broadcasted online and around the chosen venue. My responsibilities vary from week to week, which is something I relish. I love the feeling of doing something completely new each day. One week I’m filming website videos for a snooker company, the next I’m shooting live event TV in Paris!

The most difficult thing I’ve done has to be filming for the Queen Elizabeth Olympic Park in London. A client had set up an eight day event where students from local schools would come along to the Park and talk to local businesses about how to get work in the surrounding boroughs. I was tasked with going along and filming across the eight days, then editing a video for each school. There were twenty six of them! It was a real challenge to singlehandedly film and interview children of varying ages, all within a very short time frame.

It’s difficult to choose just one if I’m honest. The most nerve racking thing I’ve done has to be filming aerial shots of the 2014 Ten Tors on Dartmoor whilst hanging out the side of a military helicopter. The most interesting shoot I’ve ever done was over in Mumbai, which was a real eye opener! But I have to say that the most exciting thing I’ve done to date was vision mixing the NatWest Island Games 2015 in Jersey. Our entire team were sent out to provide live broadcasts of a range of sports for the biannual games, which has been in existence since 1985. Our video output was being broadcast online and on giant screens spread across Jersey. Being a huge sports fan, this was a bit of a dream come true to be live mixing some really intense competitions. It was such a huge achievement for the company, and something of which I will forever be proud.

One thing that I regretted during my university days was not getting more work experience under my belt. I did some work for a local sports company in Plymouth, and I spent a week at Twofour. Both of these were great, but if I could go back I’d try harder to get even more work experience opportunities. Field work is one of the first things a production company will look for on a CV!

Anyone who tells you how to get into the media world will say the same thing: be prepared to roll up your sleeves and do the dirty work. And it’s true. But for me, I’d say don’t be afraid to be different. My boss has always said that what drew him to me was my ‘out of the box thinking.’ It doesn’t take much to be a good runner or tea maker, so don’t make that the only thing you do. Be prepared to step outside your comfort zone and get stuck in. More importantly, when you’re doing work experience, you should be asking questions. Don’t feel embarrassed about asking what something does or how something works as it shows that you are actually interested.

I was actually quite on the fence about whether I wanted to go to university or not. It is a big commitment; not just financially, but for most people you’re committing to moving away from home and becoming, well, self-sufficient! Plymouth has a great infrastructure and such a diverse range of courses. I looked around at other universities, but Plymouth’s media course seemed to be a lot more hands on than the others. I was never one for exams; I much preferred coursework.

Before going to Plymouth University I had never even picked up a video camera before. The course, and the lecturers, helped me to realise that I had a passion for creating video, be it in front of the camera or behind it. I often look back at my university work with fond memories.

My course didn’t involve a placement as such, but a lot of the media students took on voluntary work experience to try and get a first-hand taste of the media industry. The most recognisable production company in Plymouth is Twofour, and I was able to get a week’s work experience with them in my third year. It really opened my eyes to how a successful production company works. There are so many elements to it, from content logging, researching, right up to post production and marketing. I spent my time as a content logger, and was also able to look around the editing studios and kit rooms. It was such a good experience for me to see how it all worked, even if it was just for the week. It made me certain that the television world was something I wanted to get stuck into.

My favourite memory has to be creating my second year final project. Our year group were holding an end of year exhibition, showcasing all of our final projects. I had created a Triptych video piece, which means playing three videos across three screens simultaneously, and two characters would seemingly walk from one screen to another, finding themselves in difference scenarios. The piece was voted Best Moving Image Project by all the attendees, and even more importantly, this is where I met my current boss. He had come along to the exhibition and took a liking to my project. We chatted about how it was made and he asked me what my ambitions were after university. We stayed in touch throughout my third year and then I was invited to take part in some of their productions. A few weeks later I was offered a job!

Do you stay in touch with other Plymouth University alumni or lecturers?

Yes, some friends of mine are also working in the media world now, and so we keep in contact as much as we can. The media industry is all about building contacts and developing networks. You just never know when you might need someone’s skillset. I made some lifelong friends when studying at Plymouth, and they often come down and visit me for a weekend: any excuse to go back to all the student bars!

I would certainly recommend studying at Plymouth University. It’s a great place to live, and the facilities available to you are of a very high quality. There’s a really good night scene too if that’s important for you! I think a lot of people sometimes overlook a university due to its location or stature, but for me Plymouth University was delightfully surprising. What’s important to think about when choosing your university is what you’re aiming to do afterwards. Don’t think of it as a three year course, but more as a first step on a potential employment ladder.

It’s an old cliché, but you get out of university exactly what you put in to it. Your days as a student will no doubt be some of the best days of your life, so enjoy it as best you can; take any opportunities that come your way, and try not to spend all of your money in the Students’ Union! 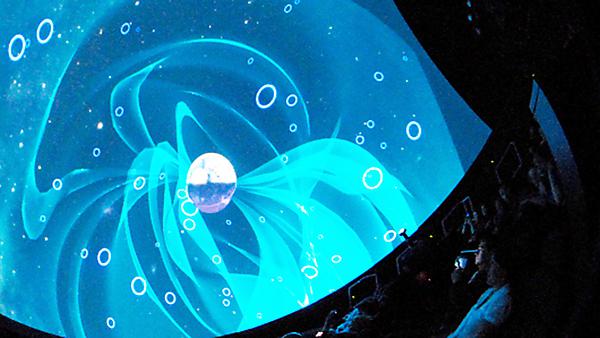