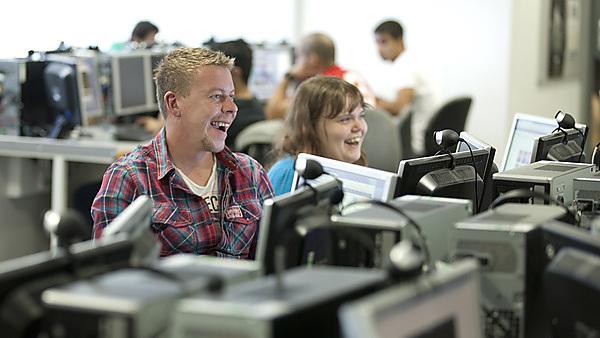 What I wanted to attempt was to produce a podcast to help the medical students during their simulation sessions. This was a learning need that I had previously identified. I actually was prompted to produce this content as part of a PGCAP module otherwise there would have been a delay.

Students, even 5th years, found simulation in the SIM Suite very stressful. Their anxiety at participating and being observed was heightened by the stress of being in an unfamiliar environment and not feeling competent with how the equipment worked.

Prior to the Scenario starting at the start of a session, students were orientated around the Sim Suite by a Clinical Skills Tutor. This would involve moving around the room and demonstrating how the equipment worked and where items were located. This was done to the whole group so manoeuvring around the SIM Suite was difficult and students may not have had a good view. Also the time spent orientating the students ‘ate’ into the session time so these orientations were brief, approximately 5 minutes. Also specific procedures couldn’t be covered in the brief orientation.

Students are ‘invited’ to view the Xerte Orientation Guide that I compiled and takes approximately 25 minutes. It allows them to Orientate themselves in their own time and use the content as revision when needed at later date. I think this works much better as students can view the information at their own pace and go over the technical parts when they require that information. Also I feel that they will gain greater understanding as they are not anxious when they are viewing the content and are able to focus on it. Also this is much more detailed than the information that they are given at the start of the session.

My colleagues think that this works well. Face to face orientation is still given but more brief than previously as it is assumed that the students have accessed the content.

I’ll never try to ‘speak and do’ again if I’m being filmed. I can’t do it!. Much better to do and overdub, reduced number of takes required. Also re the actual videoing – I don’t think panning in and out works well – better to have a close-up shot and then a distance one rather than a pan. I think this would look much more professional.

I also managed to find every glitch going with Xerte , including losing a lot of content when the system was changed over the summer 2016. Frustrating but ASTI managed to keep me sane through the support and prompt replies to my emails.

Testimonials / feedback from staff and students

This has only just been introduced in Easter of this year so as yet I have not compiled feedback quizzes or surveys to elicit their opinions. ‘Corridor’ / spur of the moment feedback has however been very positive. I have yet to have any negative feedback, not even regarding the time which I realise is slightly longer than the 18 minutes that I was aiming for. I do want to formalise this feedback in the near future and possibly even feed this into some research!

I have since completed another Xerte presentation for the students on SDL Orientation and Etiquette. I have discussed this tool with my colleagues and they think it is great but as yet they have yet to try it themselves. My colleagues like the appearance of a Xerte presentation and have murmured about the possibility of doing something similar themselves in the future.

In some sessions I’ll definitely construct another presentation with the video that I will upload to YouTube. For some procedures such as IV cannulation I think this would be a fantastic revision tool for the students.